Posted on September 3, 2010 by muffybolding

I was recently informed that I look like a vintage Cold War Russian spy in my picture with the faux fur coat and ancient black spectacles so, in celebration, I have adopted an appropriate top secret moniker…but SHHHHHH! Don’t tell anybody, for chrissake. It’s secret. 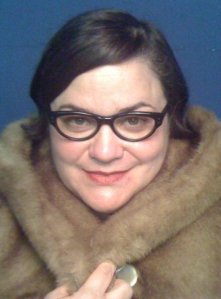