Posted on September 28, 2010 by muffybolding

The gorgeous writer, rocker, and raconteur, Miss Vicki Abelson, hosts (quite LITERALLY hosts…as in “in her GOTTDAMNED LIVING ROOM”) the hottest monthly literary salon in Los Angeles, and my fatass is lucky enough to have wrangled a highly-prized invite for today’s mighty assemblage. I am a HUGE fan of Miss Vicki — she is one amazing broad — and she inspires me NO END with her unfailing support of West Coast writers. I am putting on scarlet lipstick, bringing along a huge, heapin’ helpin’ of my infamous Aztec Salad for treats, and might even pluck my chin beforehand in a feckless attempt to impress her. Fancy! 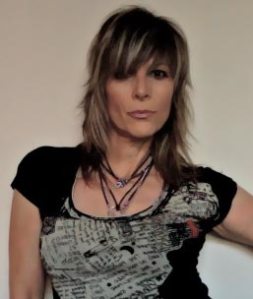