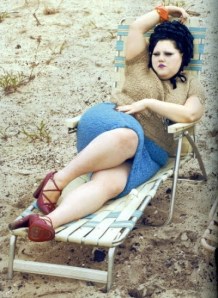 “I think anyone who’s an activist but doesn’t own up to their contradictions is not doing anyone a favor.” — Beth Ditto