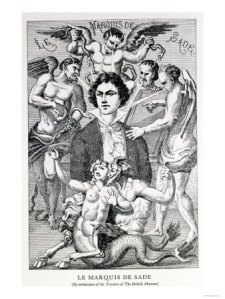 “The assumption that I agreed by mere birth to your so called ‘social contract’ and to your entire body of ancient and useless laws designed primarily to deform my character and limit the possibilities inherent to my essential being is an obscenity and an absurdity, Sir!” — Marquis Donatien De Sade