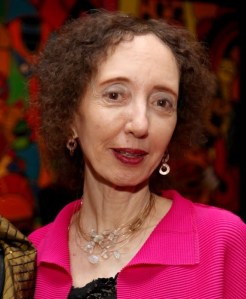 “When you’re 50 you start thinking about things you haven’t thought about before. I used to think getting old was about vanity — but actually it’s about losing people you love. Getting wrinkles is trivial.” — Joyce Carol Oates