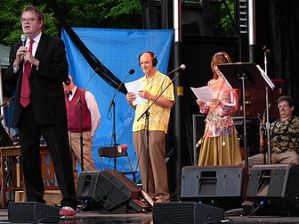 I’ve noticed that Comic-Con has a strange effect on people — in that sort of like Garrison Keillor and a “Prairie Home Companion”, everyone says they really love listening to it because they THINK they should really love listening to it — but NO ONE REALLY DOES LOVE LISTENING TO IT. Do you know what I’m saying? Because it’s actually a cloying, cornball, piece-of-shit that, if you really think about it, makes you want to kick ass when you’re listening to it…OR, take a dump on the floor as a social statement.

But then, that’s just one hooker’s opinion.