Posted on September 29, 2010 by muffybolding

Just got axed, “What’s your Dream Job?”: I have two! Tweedy, eccentric professor of European History at some awesome Medieval university located someplace cold, blustery, rainy, and grey…OR, one of those tour girls on the Storybook Land Canal Boats at Disneyland who wear rick-racky lederhosen jumpers and knee socks, and always sound like they have a stuffy nose as they tell you all about the London park where Peter Pan taught Wendy, Michael, and John to fly! 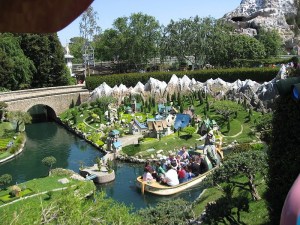