From the wry, wry mouth of one of my greatest literary inspirations:

“What used to be called middle-class respectability looked like it was going to disappear, but it didn’t. It’s returned. It just returned in a different costume. If you do it in a loft instead of a split-level in the suburbs, it’s still the same.” 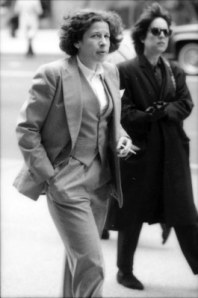