Okay, Mein Poppets, it’s official. Not that it should come as any surprise to anyone who frequents this depraved, villainous space, mind you, but it is now a MATHEMATICAL CERTAINTY: When I finally feed the goddamned tree — after a WELL-LIVED, CENTURY-LONG ADVENTURE filled with frivolity, fun, friends, food, ferocious feminism, and frequent fornication — I AM GOING STRAIGHT TO HELL. No, not because I have sinned…but because I AM TOO FAT TO TEBOW. 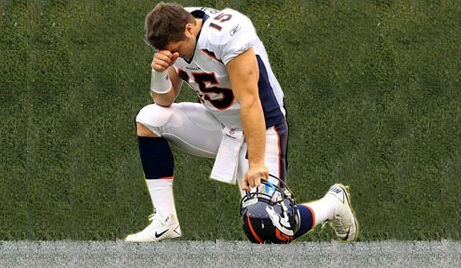