Huh. I don’t know about this. With all due respect to those who might disagree with me and those whose experiences might be different than my own, but this just seems to be more of the whole, “Oh, My God, I Am So Offended” meme that is unfortunately part and parcel of our culture right now. To me, it seems like just more POLITICALLY CORRECT BUSYWORK. I suspect that the attention hyper-focused on this whole Ethnicity Question is a far bigger issue with the WHITE PEOPLE who are now bending over backwards to be sensitive to the feelings of the NON-WHITE PEOPLE…than it is with the NON-WHITE PEOPLE THEMSELVES — which, at the very least, means that it’s coming from a good and positive place…and I can MOST DEFINITELY get behind that. But something just feels…I don’t know, forced about this. Yet another reason to be UNNECESSARILY OFFENDED. I will admit, however, in the spirit of full disclosure…that being the lightest-skinned motherfucker in my clan by several shades, I do possess my own share of WHITE PRIVILEGE — but make no mistake: I am NOT a white person, nor do I identify as a white person. I am, listed by amounts, a Latina/Asian/European/Jewess Trollop. I was raised by brown people with spicy tongues. That is where I come from. That is who I am.

In certain circles, I can certainly appear white-ISH, but I grew up in a family of EXPLICITLY BROWN PEOPLE…and have been asked, pretty much all of my life, about my ethnicity — by both white AND brown people…and never, NOT ONCE, have I EVER felt insulted, offended, or put out, and neither do any of my sisters or cousins, who ALL TOTALLY look gorgeous, brown, ethnic, and “exotic”, and have also been asked all their lives about from whence their family hailed. We are working class people with FAR, FAR bigger fish to fry than getting our feathers ruffled by some nice lady on the bus asking us where our grandparents came from. So, with all due respect, I gotta say that if someone THOUGHTFULLY (THOUGHTFULLY being key here) asks you about your ethnicity or your family’s place of origin, out of just friendly curiosity, and your first impulse is to be PISSED OFF…then that is on YOU. That is reflective of your own discomfort, not necessarily the intent of the person asking. Also, don’t forget…THERE IS NO RULE THAT YOU HAVE TO ANSWER.

Also, I think a LOT of this has to do with a person’s general life outlook just going in. I tend to be outgoing and totally open to new people and new ideas and building communion with other people — others may not have the same outlook and may feel threatened by someone inquiring about their life or their background. It takes all kinds. By my reckoning, I think that we, The Left, as a culture, have become TOO soft, TOO easily offended, TOO eager to take offence at anything and everything where NO OFFENCE WAS NECESSARILY INTENDED…and as a result, I believe we do ourselves and our “agenda” (a word I use here simply for brevity, i.e., equality, justice, inclusion, etc) a HUGE disservice. It’s sort of like the boy who cried wolf. If we are constantly howling, “OH, MY GOD, I AM SO OFFENDED!” at every little thing…then when the time of TRUE horror and injustice comes when we REALLY should be howling and offended (i.e., the murder of Trayvon Martin)…it all just sounds like so much more liberal sniveling.

Look, I might very well be an asshole for saying so — actually, now that I really think about it, I probably AM an asshole — but I sort of LIKE IT when people just straight up ask me about my ethnicity. Rather than establishing an “otherness”, I find it to be an extraordinarily BONDING experience, i.e., when people’s ethnicities are thoughtfully brought up in a room full of people who don’t yet know each that well, it immediately charges the resulting conversation with humor, passion, reflection, recognition, communion, and an openness that might otherwise never have happened. Me? I choose to swing the camera around to see an entirely different angle on this whole Ethnicity Question. I choose to NOT be offended…but to be FLATTERED, AMAZED, and DELIGHTED that someone else gives a fuck enough to even ask about from who and where I am descended.

In other words, I choose to use The Ethnicity Question as a way of KICKIN’ “THE OTHER” IN THE FUCKIN’ TACO…not to feel DEGRADED by it.

So, speaking only for myself, if you happen to see my fat, brown, scandalous ass at a cocktail party or bowling alley and you find yourself wondering from which ANCIENT MUD CULTURE it is that my pipples hail…ASK THE FUCK AWAY — and thank you for being interested enough to ask in the first place. 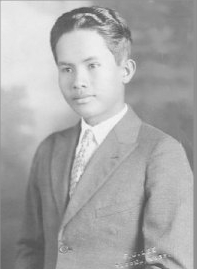