Yes, yes, yes…I know that you are awesome, passionate, opinionated, and committed — but as the fabulous Beth Ditto says, “I think anyone who’s an activist but doesn’t own up to their contradictions is not doing anyone a favor.” My fearless, ballsy, in-your-face fatass agrees with her fearless, ballsy, in-your-face fatass wholeheartedly. OWN YOUR SHIT…or GET THE FUCK ON DOWN THE ROAD.

So, are you a Democrat who is a proud, card-carrying member of the NRA? Or, are you a radically pro-choice Christian Republican? In what ways do you veer from the particular political ideology with which you most strongly identify, whether it be Liberal, Conservative, Independent, or otherwise? It can be a belief, a bias, a practice, a tendency, a schism within, a flaw. Speak your truth — or SHUT THE FUCK UP.

And to get you started…here’s one of my very own SHAMEFUL, FATAL-FLAW, CHARACTER CONTRADICTIONS for you to ponder and judge: 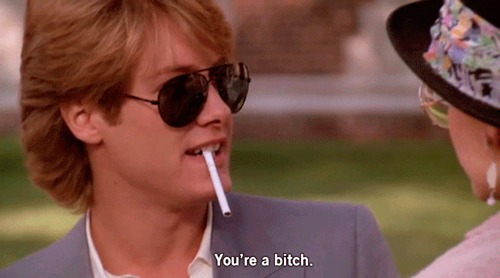