Posted on September 25, 2013 by muffybolding

Before I moved to Los Angeles with the silly, Fresno-Middle-Aged-Schoolgirl dream of writing and working in the entertainment industry in some capacity, I always just assumed that there were millions of teeming people working and struggling in Hollywood, making movies and television.

But once you get here and dive in headfirst and actually meet the people who generate the creative content which you and your family consume, you discover that the reality is there are pretty much just 25 or 30 tightly knit crews putting stuff out. Yes, there is definitely some overlap between these crews, i.e., actors who regularly appear in both Judd Apatow projects AND Will Farrell stuff, but for the most part, just like the Mafia, your crew is your crew, and for them, you would DIE.

Like a family of friends (or a FRAMILY, as our little crew calls it), you help and support one another, both professionally, as well as personally, and when — after perhaps decades of struggle, persistence, and luck — someone from a particular crew finally MAKES IT, they grandly and ceremoniously step through the door of success…BUT, just before it slams shut behind them, they quickly spin around and with a maniacal belly laugh that was YEARS OF TENDING BAR AND WAITING TABLES IN THE MAKING, cram their foot in the jamb AND HOLD THAT MOTHERFUCKER OPEN SO THE REST OF THEIR CREW CAN THEN BUM-RUSH THROUGH TO JOIN THEM IN PARADISE.

So, just in case you were wondering…that, Mein Poppets, is how this mysterious, grand, glorious, glamorous, full-of-shit, dream-come-true, DO-NOT-GIVE-UP-NO-MATTER-WHAT sort of town works.

So, throw the fucking dice and meet your destiny…if you dare.

Oh, and table 32 needs a side of vegan bleu and a refill on their jasmine iced tea.

Hollywood ain’t no place for sissies. 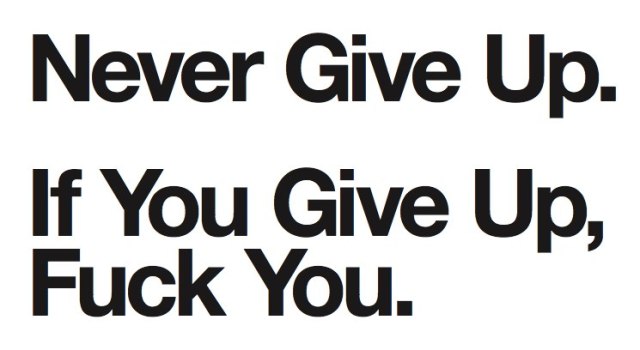