And in the end, when all is said and done, there remains only this: 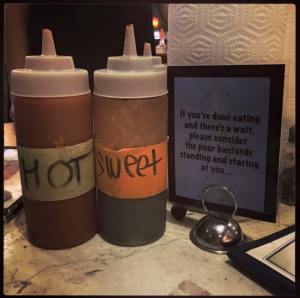 1 Response to hot, sweet, and saucy