I just took a shower and warshed my bagine…and, now, on our way to the world famous Clifton’s Cafeteria in MIGHTY Downtown Los Angeles, my GLORIOUS GUSBAND — Miss Jackie Beat — is going to get me pregnant in the backseat of his 2009 Hyundai Sonata to the romantic strains of Rex Smith singing, “You Take My Breath Away.” 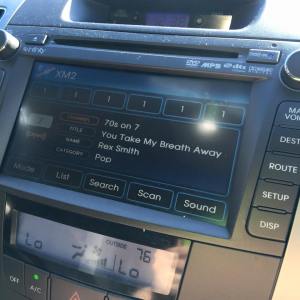