too fat to live in a castle

Oh, hey. That one time I was on film location and my fatass got bent over an ancient butcher’s block like an ancient Sicilian whore and had a screeching REAL chainsaw held above my Florida Evans Neck by an AWESOME, HILARIOUS, BUTCH MOTHERFUCKER named Enzo in the authentically rustic kitchen of a 900 year old castle in the Italian countryside two hours outside of Rome.

The single best word to describe my life? 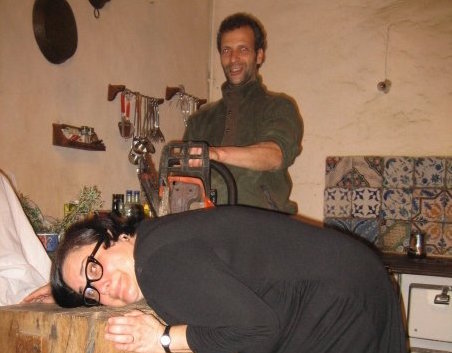