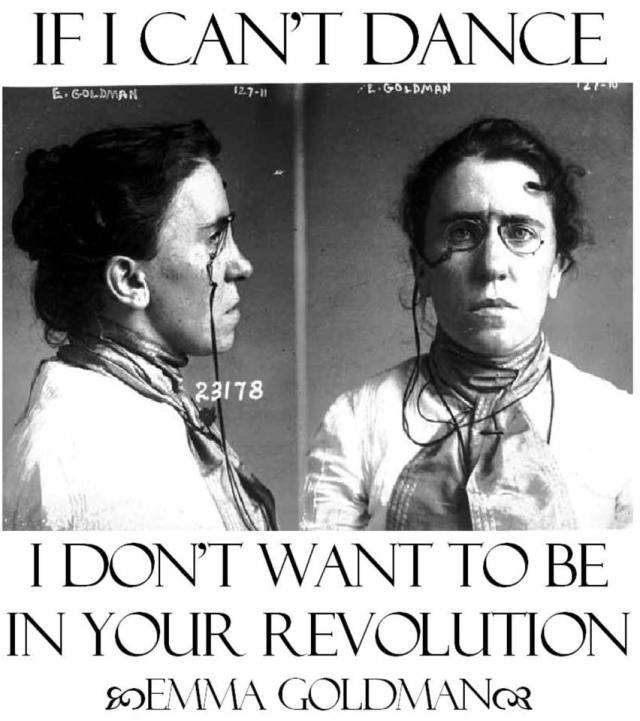 Someone recently asked me how I’d like to be remembered after my death, and this is what I told them:

I’d like people to remember me as Emma Goldman…with yarns, queens, brooches, dogs, and dick jokes.