The bottom line, kids, is that ALL politicians are bought and paid for to some degree, both Republicans AND Democrats. That is the nature of the beast. If you ain’t bought, paid for, and beholden, you ain’t in office, old sport. It’s as simple as that.

However, allow me to say this: I am a staunch, lifelong Democrat because I would much rather align myself with the party of the ineffectual intellectual elite than the PURELY FUCKING EVIL. Mark my words, Mein Poppets — if elected, this new class of Republicans would have my whining liberal ilk ON THEIR MOTHERFUCKING BLEEDING-HEART KNEES BEGGING FOR THE RETURN OF THAT FECKLESS, DISTRACTED, WAR-PIG, IDIOT-PRINCE GEORGE W. BUSH (& CO.) Knitter, PLEASE. Those crafty bastards just wanted our hard-earned simolians for their counterfeit oil war. These American-Taliban pricks WANT OUR VERY SOULS FOR THEIR RELIGIOUS WAR. That misguided, delusional, frightening Brides of Christ like Michelle Bachman and Sarah Palin might even be nominally considered qualified or appropriate for the most powerful office in the world just shows how far-gone we are as a culture. 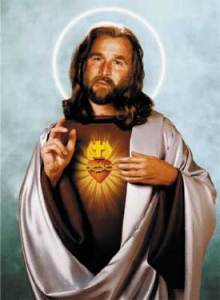