the luck of a hooker

Posted on September 25, 2011 by muffybolding

Last night I was on the set of Hotel Arthritis — shooting a scene directed by that visionary Boy Wonder of Directors, Jason Lockhart — alongside the DEAD-SEXY DEAD-FUNNY Miss Jacqui Holland, the MINDBOGGLINGLY HILARIOUS Broadway god John Tartaglia, and the unbelievably gorgeous Miss Dawn Wells, who came into all of our childhood living rooms every single afternoon as Mary Ann from Gilligan’s Island — and as we all stood there in between shots, belly laughing, getting our lips touched up, and waiting for them to adjust the lights, I had one of those out-of-body moments where you are hovering above yourself, looking down on your life…and I realized that instead of being addicted, incarcerated, on the pole, or dead like so many of my kin…I am here and alive and I just cannot believe my good fortune. Dumb-Lucky ol’ Hooker. That’s me. 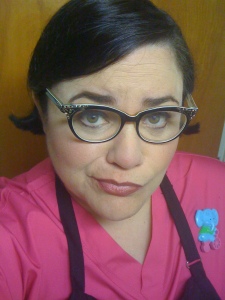