It was 20 years ago last night that Mia Zapata walked out of the Comet Tavern on Capitol Hill in Seattle, wearing shorts and heavy black boots. She was last seen alive just after midnight.

When her body was discovered lying in the street just over three hours later, it was found that she had been brutally beaten, raped, and then strangled with the cord of her sweatshirt — which bore the name of her band, The Gits. According to the medical examiner, if she had not been strangled she would have died from the internal injuries suffered from the beating.

In January of 2003, after nearly a ten year investigation, police, using DNA evidence, finally made an arrest in Mia’s murder. The investigators working the case had refused to give up and were relentless in their pursuit of leads, no matter how seemingly insignificant.

When they discovered that DNA evidence found at the scene was linked to Jesus Mezquia, 48, a Cuban native living in the Florida Keys, they immediately got on a plane for Florida.

As they collected their checked luggage at the airport, one of the investigators looked down at the tag that had been attached to his suitcase — and saw the airport identification acronym, MIA, for Miami. He says that although he doesn’t consider himself a superstitious man, he knew in his heart that it was her telling them, “You are on the right track. Follow me and I will show you the way.”

That tag hangs in his office to this day, and will remain there, he says, for as long as he does — as a reminder of the life and tragic death of an extraordinary young woman.

In response to Mia’s murder, her friends formed Home Alive, an organization that educates women on how to defend themselves against attackers. A 1996 benefit album, entitled Home Alive, featured contributions from Nirvana, Soundgarden, Foo Fighters, Pearl Jam, Jello Biafra, 7 Year Bitch, and many others, and raised money for the organization — as well as an awareness of Zapata’s life and music.

Mia Zapata, a painter, poet, and activist, as well as a singer, was 27 years old.

JUST ONE YEAR OLDER THAN MY DAUGHTER IS TODAY. 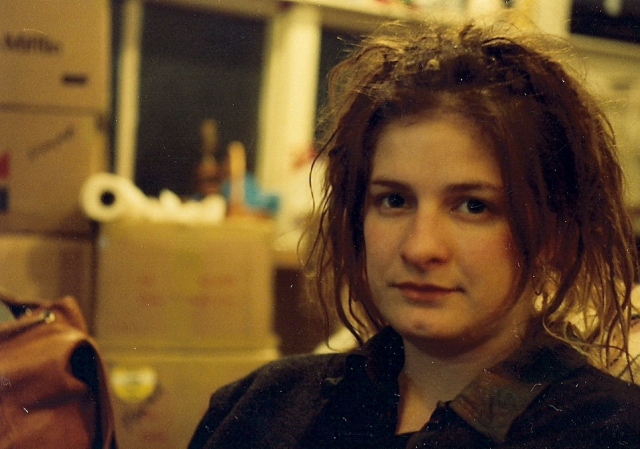