Honey, you can raise all the FIERCE, FEARLESS, FEMINIST girl children in the world…but, if you also unleash a son who is a SEXIST, MISOGYNISTIC, PATRIARCHAL PRICK WITH MEAN MINDLESS MAN MEAT DANGLIN’ BETWIXT his ENTITLED LEGS and NOTHIN’ AT ALL DANGLIN’ BETWIXT HIS DOUCHELORD EARS…in a Universal sense, you pretty much cancel the SHEER AWESOMEOSITY of your girl OUT.

In other words…as parents who have been charged with the sacred, vital task of raising decent, kind, enlightened human beings to people the planet — just know that you will be DIRECTLY RESPONSIBLE for the unimaginable suffering of others, PARTICULARLY WOMEN and GIRLS.

In other words…you had ONE FUCKING JOB…and YOU FUCKING FAIL.

“We’ve begun to raise daughters more like sons… but few have the courage to raise our sons more like our daughters.”
― Gloria Steinem 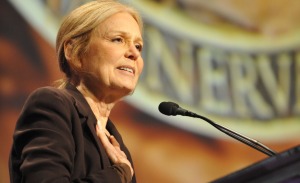