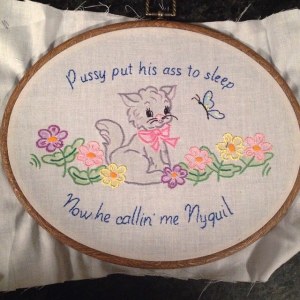 From my AWESOME Number Two Gusband — The FIERCE, FABULOUS, ELEGANT Boy From Detroit, Joe Fitrzyk. He is generous, brilliant, and, apparently, PSYCHIC. Thank you, Joey Fitz! I LOVE YOU!