Today I had a delightful memory of a few years back when I received an email from some Dangerously Imbalanced Fascist Family Members of mine back in Fresno…in which they had forwarded a photograph of Barack Obama with his feet kicked up on the desk in the Oval Office — along with some nauseating, ignorant diatribe about how he was desecrating history, how disrespectful he was, how arrogant, how trashy. All the fucking loons who were CCd on it chimed in — shooting dozens of emails back and forth about how disgusted they were that this man didn’t exist to serve the people because he, in fact, thought he was THE KING.

I threw back my head, belly laughed out loud, and then with a single Google search immediately found exactly what I was looking for — and shot it back across the ethers…accompanied by the following humble, yet meaningful comment:

There was, of course, not another word spoken. Crickets.

Hail to the Motherfuckin’ Chief. 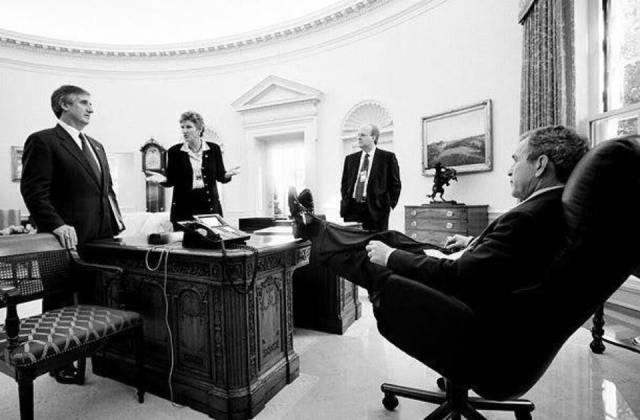