And with all this Sarah Palin nonsense about Paul Revere warnin’ the British by ringin’ and ringin’ that ol’ bell…I just need to ask:

Is it just me — or does Paul Revere… 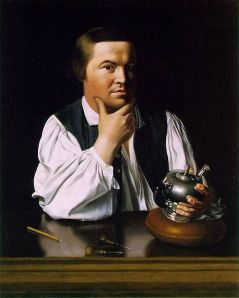