A coupla years ago, My One True Love and I were out and about, and at some point during our travels, stopped in at the INFAMOUS Starbucks on Ventura Blvd. to canoodle, read the LA Times, and split a nice, soy latte.

We got our delicious beverage and found a couple of cozy seats and commenced reading, sipping, and canoodling when, from a table across the room, we heard a very shrill, very persistent, very annoying sales pitch… loudly crapping out the orchid-lipsticked mouth of some broad who looked about 22. She was sitting at a table with a couple of older people (in their 50′s) who looked smart enough and hip enough to know better than to be sitting there wasting their time listening to her pointless drivel, much less to actually bite and sign up with her satanic “multi-tier investment program.”

Yet, there she was, loudly and aggressively yammering on about what was very clearly — to myself, Gregory, and every other motherfucker in the entire packed place — a pyramid scheme. I thought my head would explode from the relentless shriek of her voice. At one point, I leaned across the aisle to one particularly annoyed-looking fellow and said, “Umm…first of all, AS IF I would take critical financial advice from some moronic biatch who is younger, BY FAR, than the bra I am currently wearing.” Allow me to say — judging by the chai latte that shot out his nose midsnort — that he appreciated the sentiment.

After about ten minutes — and about 10,000 evil daggers hurled at her from nearly every person in the room — I HAD FUCKING HAD IT WITH THIS ASSHOLE’S AURAL AMWAY ASSAULT. So, I smoothed my skirt and sauntered over to where ‘Little Miss Tell A Friend And Then That Friend Will Tell A Friend’ was holding court and spewing her meaningless marketing horseshit. I flashed a dazzling smile, leaned down, and said in a tone that the entire establishment could clearly hear, “Excuse me, sweetheart, but I have message for you from the entire room. You see, we held a little meeting of our own and decided that we’d all like to chip in and buy you a nice, big, frothy, vente-sized cup o’ SHUT THE FUCK UP. Would you like cream and sugar with that?”

Horrified, she glanced around the room and saw that at least 20 patrons were waving dollar bills in the air clearly intended for my proposed collection plate of hate. She huffily gathered her things and hauled ass out the door.

Not surprisingly, the longsuffering middle-aged couple whom she had been holding hostage thanked me profusely for their release…and the floor gave me a standing ovation — to which I responded with a dainty curtsy and a satisfied smirk. 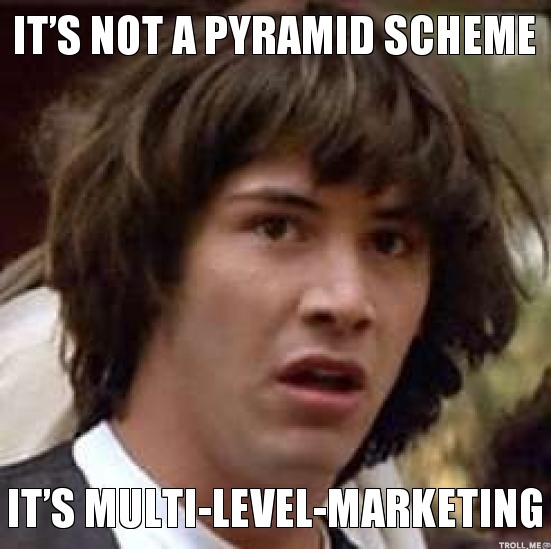